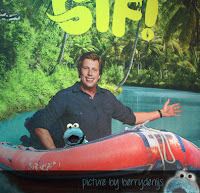 Me really love Berry her job, because she takes me everywhere! Even to an exhibition about… poison. Or better yet: VENOM. Yes. The exhibition in Dutch is called GIF! and can be seen at Naturalis in Leiden, the Netherlands. The exhibition was dedicated to the famous scientist (well he is very famous in the Netherlands) dr. Freek Vonk. He travels all around the world to look for animals and other natural phenomena’s and tells kids about them in a television show. He even got bitten by a shark! But he survived and has a huge scar to prove it all happened. Well... Berry took me and her youngest nephew on a traintrip to Leiden to meet Freek and to meet all these creepy crawlers and such who are indeed poisonous! 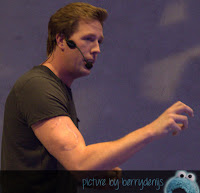 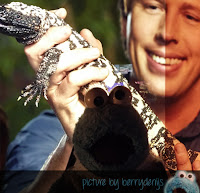 It was very interesting and educational too! First, like a normal ‘for the press day’ there were some people telling about the exhibition. But me and the kids were waiting for Freek! He is awesome and so enthusiastic. You just want to listen to everything he tells about nature and venom. It was really fun. Me could not take me picture with the real Freek (but me did with the cardboard one heehee), but Berry her nephew could and that was awesome too. After the little lecture we turned to the first room. You have to know it a very special exhibit, because for the first time Naturalis had real animals and not just taxidermy ones to tell more about venom. There were creepy large spiders there, poisonous mushrooms, snakes, little poisonous frogs, a gila monster (he looked cute for a monster, just like me is a cute monster) and all kinds of other small animals that can poison you with venom. Me learned a lot that day. 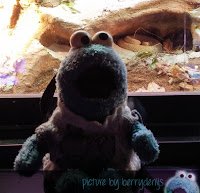 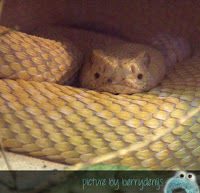 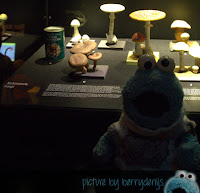 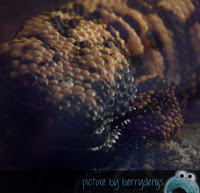 If you like – and can read Dutch or no mind to put the article through the translator – you can go to Berry her website and read her blog about it: Naturalis presenteert: GIF). 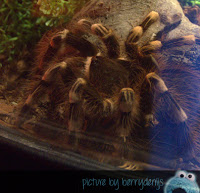 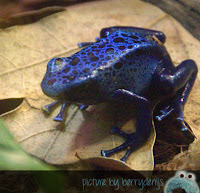 Email ThisBlogThis!Share to TwitterShare to FacebookShare to Pinterest
Labels: Animals, At the Museum, At the Zoo, At Work, Coo-kie!, Naturalis, Nature, Travelling Around