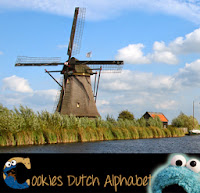 …molen (windmill)! There are a lot of windmills in the Netherlands, like at Kinderdijk. Windmills were used for the wind energy. That energy was used to grain wheats (and such) to make flour for baking bread and cookies! There were other windmills too, like to use the wind energy to saw wood and such. A lot of old windmills are still preserved in cities, towns and in the country. The old ones are usually used as museum (museum is the same in Dutch and English) or are a monument (monument is also a M-word that is the same in both languages). There are also a lot of modern windmills that make wind energy to use to get electricity for homes and computers. (molen) 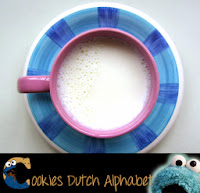 Cookies made from flour go really well with melk (milk). Me love milk. Especially when it is cold and me have chocolate chip cookies to go with it. A real breakfast sausage is metworst. Sliced it can be put on bread, but sometimes it is also a treat on birthdays to present to guest. Speaking of birthdays. When a baby is born the Dutch eat muisjes (mouses) on biscuits to celebrate it. Muisjes are little coneshaped sprinkled made out of anise seed. A little ‘tail’ sticks out, that is why it is called mouses. For a boy they eat blue and white ones and for a girl it is a mix of pink and white. 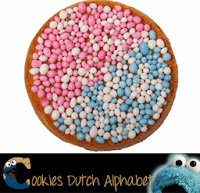 To decorate cakes and cookies the Dutch also like to use marsepein (marzipan). They also use it to make cute and tasty figurines for the celebration of Sinterklaas (me will come back on that later this year) or for cake decorations. To decorate fries the Dutch use mayonaise (mayonnaise). 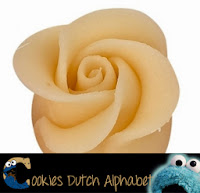 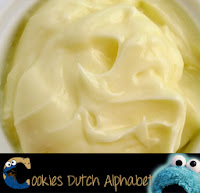 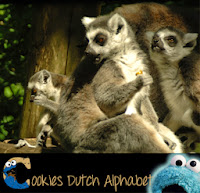 After all the yummy words, me will conclude with an animal that is furry and cute and in Dutch its species begin with the letter m: Maki (lemur). There are a lot of different kind of lemurs, but this family lives in Amersfoort and me visits them a lot. So… my sweet makis! (picture taken by Berry de Nijs, DierenPark Amersfoort.

Well, that concludes the letter M. O boy, we are halfway through me Dutch Alphabet! And me is not finished talking about all kinds of yummy things. Next week the letter N will be served on a platter of sweets and typical Dutch things.