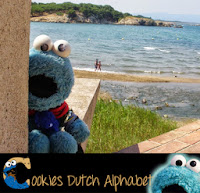 … i is for… well the week is over and this letter is giving me headache! It is a tough cookie. There are ofcourse lots of Dutch words starting with the letter i, but me want fun words, not boring ones, like internet or infrastructuur (infrastructure)… Well, for starters ik (I or me) starts with the letter i. And although me loves to talk about me, it is not good enough for me Dutch alphabet.

Well… ingrediënten (ingredients) start with the letter i. And it is very important, because me cannot bake or cook without the proper ingredients. Like eggs an flour and spices and stuff… so yeah. That is one yummy Dutch word. 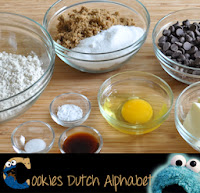 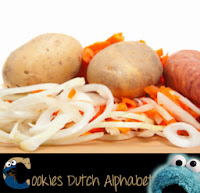 Me thinks me need to get a little bit more creative with this letter. In Dutch the letter i is usually attached to the j, making an eye-sound (ij). This combination gives me more yummy Dutch words and technically they still start with the letter i. Me is such a clever monster! So… here we go with ijs (ice cream or gelato), that is a very yummy word and ijsblokje (ice cube). And ijsthee (ice tea) or ijskoffie (ice coffee) too. And did you know the Dutch like to skate on ijs (ice) as well? They are really good at it too. Me once visited Thialf, the number 1 ice stadium, in Heerenveen, for the Dutch championships. It was awesome! 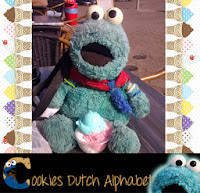 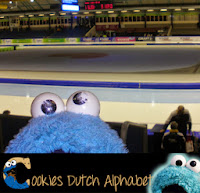 Me with ijs and at the ijs in Thialf, Heerenveen

You know me loves animals. One of me faves is the ijsbeer (polar bear) with his white fluffy coat and black nose. Me saw one just the other day at the zoo in Rhenen (Ouwehands Dierenpark). He was sunbathing while he was taking a bath. He looked handsome and cute. Polar bears are an endangered species though. They live on the ice of the North Pole and due to global warming the ijsbergen (ice bergs) and arctic ice is melting. When we use green electricity and pull the plug of thing we do not use, we can save the arctic! 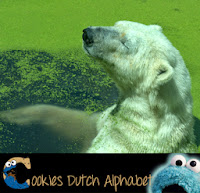 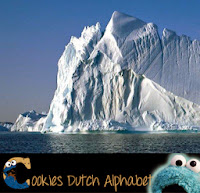 Hey me managed to tell you about something important too and me met the challenge of good Dutch i-words. Next week will be a lot easier for this monster. Have a great weekend. They say it will be very warm so me will be heading out for ice cream for sure!